Case Study: Building Synergy Between Campus AV and IT Departments 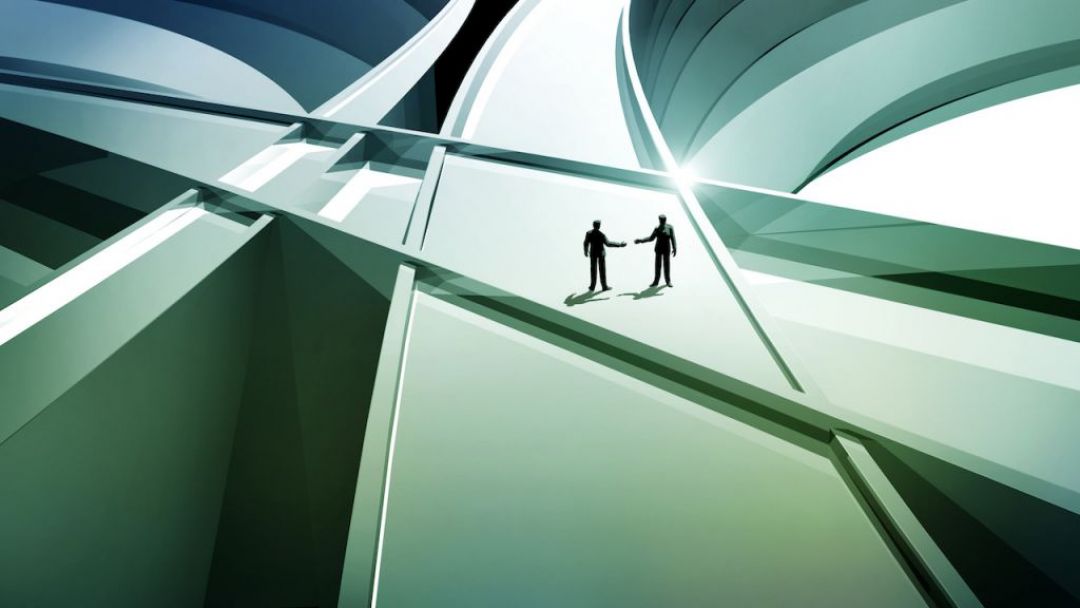 Successful AV and IT interdepartmental synergy takes some time to develop, but will certainly be a necessity to keep campus environments moving forward. With the bandwidth AV takes up on the IT network, there will be inevitable tensions between the two departments. Secure communication, close physical and relational proximity, well-defined processes, and a culture of inclusiveness are a few of the essential ingredients to make sure AV and IT solutions continue to play well together.

Tristan Cary, director of technical services at Wentworth Institute of Technology (WIT), said that although he’s been at WIT for more than seven years, there are still some challenges. WIT has around 4,500 students and provides each with a laptop when they start classes. The laptop program creates a modern and interactive classroom experience where multiple users are expected to project material or work in collaborative groups simultaneously. However, creating these mediated classrooms is always a challenge for the AV team. With a team of two technicians and a handful of student workers, they are responsible for over 100 mediated classrooms, six auditoria or large meeting places, and dozens of conference rooms and breakout spaces.

At Columbia University Medical Center, Jonathan Kornberg, director of instructional technology, and his team serve eight buildings, 50-plus rooms, and auditoria and amphitheaters. With ten years in his role, Jonathan was able to anticipate the early stages of a move toward AVIT in his space and was proactive in planning for it alongside his IT team. That early planning has paid dividends later.

Kornberg said the merging of AV and IT at Columbia has exploded over the last five to ten years. He started preparing several years ago by gradually adding new switches of 1Gb or higher to accommodate the AV devices. Because beamforming, QoS, and opening ports are moving quickly, these new access points are a necessity. Kornberg works to create understanding for his networking team of how AV is changing and why their cooperation and insight are critical to success.

Kornberg admits it took a long time to get everyone on the same page, and for IT to understand why AV needed their own subnet and VLAN. However, in time, as Kornberg patiently worked to educate the IT team, they eventually developed an understanding of AV’s needs. Now everything is streamlined and straightforward, and issues are quickly resolved with a help ticket.

At WIT, Cary reported that getting the ball rolling on an AV project never seems to be a significant challenge. He believes this is due in part to the luxury of having a technical-minded school interested in advancing pedagogy with technology. The biggest challenge at WIT is not an uncommon one: getting everyone to agree and come to terms with a solution.

When working on something of great benefit to many, such as an AV-over-IP solution, it becomes clear to WIT’s technology services staff how vital it is to advance the work and keep classrooms online. Being able to diagnose a classroom instantly over the phone rather than having to walk across a campus creates more time for innovation, experimentation, project completion, and training users on new technologies. It brings the day-to-day work down to a minimum allowing more institutional knowledge to take place, and that’s a universal win for WIT.

Best Practice: Continually educate your IT department about the latest AV technologies so they can begin to understand how vital it is to work together for success. Get their advice and input on the front end about how best to ramp up for new technology.

The physical proximity of the two departments can go a long way toward encouraging education and understanding. At WIT, AV is housed within IT, ensuring constant communication. Having a network operations team sit right next door to the AV technicians allows them to see some of the challenges and pain points. Cary noted that typically IT staff are wired to find and solve challenges—so he leveraged that proximity, solid teamwork, and collaboration to make AV problem solving more of a group effort.

“We started doing daily five-minute standups with our network operations team just to catch up on any issues throughout the day,” Cary says. “That brought our Help Desk, Media Services, and Network teams into a more collaborative partnership where they had a voice in how issues could be addressed to move us toward a common goal.”

Similarly, at Columbia, AV used to be part of IT, so there was a good understanding of what AV was doing. Sometimes, Kornberg said, IT will simply provision the switches and VLAN to expedite things. At other times, they don’t understand precisely what AV is doing, but there is a level of trust; for example, when AV has an OS running through IT’s security protocol. In boardrooms and digital signage projects, IT has a good understanding of what AV is trying to do and can jump right into problem-solving.

Best Practice: Schedule a series of brief sessions where members of the AV and IT departments gather to discuss issues so that you’re there together working through problems, installations, and upgrades. It encourages more frequent communication on essential issues and builds a level of trust in day-to-day interactions.

Cary explained that one of the best ways to ensure the WIT team is working toward the same goal is to define direction clearly. The media services team works closely with AV to plan those mediated classrooms, an upgrade schedule, and a set budget for the year, all while allowing flexibility in the technologies inserted into those rooms.

AV has a clearly defined direction, and they all work closely on what projects will be tackled next. Once projects are prioritized, they work on creating a project team, getting stakeholders involved as early as possible, and ensuring that communication is taking place at each step of implementation. Setting an example is the best way to push forward teamwork and have other teams mimic that behavior, so Cary is conscious of trying to lead the charge when it comes to communication.

Columbia’s team meets several times a year to review the plans and scope of projects. The team uses a ticketing system: when it’s time to provision things, IT assigns AV what they need. As an example, things were very streamlined and quick moving to Crestron XiO Cloud; everything was provisioned quickly, even the interface on the back end happened fast.

Best Practice: Clearly define AV direction, projects, and timelines, and then set up a mechanism to communicate that to all stakeholders, whether through short, frequent meetings or more extensive overviews.

Working through issues and resolutions is always a challenge. Cary works to mitigate problems by getting as many stakeholders involved as early in the process as possible. He brings together IT teams, facilities, deans, chairs, faculty, and any executives who want to be apprised of the next AV project.

WIT also relies heavily on its AV partner, AVI-Pro from Nashua, NH. Having an outside partner with knowledge and insight helps find the answers to the more significant challenges. Often, it means finding the real cause of the issue. Working together to find a solution can be challenging, but it’s also an exciting opportunity to show what teamwork can do.

At Columbia, there is a VLAN hotline so that IT can switch things on the network right away—and it can be done remotely. AV shares the Columbia University hospital network, so AV has a provisioned autonomous VLAN, so there is no crossover. There are cable pullers and network installers onsite, which Kornberg calls “a huge luxury.” All these factors contribute to very rapid response times. Kornberg makes sure to show appreciation to the IT team for their responsiveness.

Best Practice: Get stakeholders involved early to mitigate issues. When problems do arise, consider having an outside partner who can lend expertise. It’s also helpful to have a process and resources in place to get issues resolved quickly.

At WIT, Cary emphasizes a sense of inclusion within the department, showing everyone’s opinions are valued. If a conflict should arise, Cary personally sits down with the concerned parties and listens to their potential solutions. This culture where everyone’s opinion has value has created a safe place for people to discuss different issues that arise so that they can move forward as a team.

Kornberg also promotes a culture of strong interpersonal relationships and mutual support. Webinars together are one method that’s been particularly helpful. New people in the department take time to ramp up on the culture. Strong culture starts with the leadership, and Kornberg follows the ticketing protocols so things can be tracked just like the rest of the team.

Best Practice: Create a culture where people’s opinions are valued, and team members support one another. Help new people to adapt to the culture, and lead by example.

As campus security teams update their preparedness plans and crisis response, many are turning to audiovisual solutions to reinforce their presence...

Talking About No-Nos: How Technology Can Help Reduce Patient Shaming

no-no/ˈnō ˌnō/noun, a thing or a way of behaving that is not acceptable in a particular situation - Oxford English Dictionary

One of the greatest challenges facing those responsible for developing or updating any healthcare facility is how to plan for and anticipate evolving...